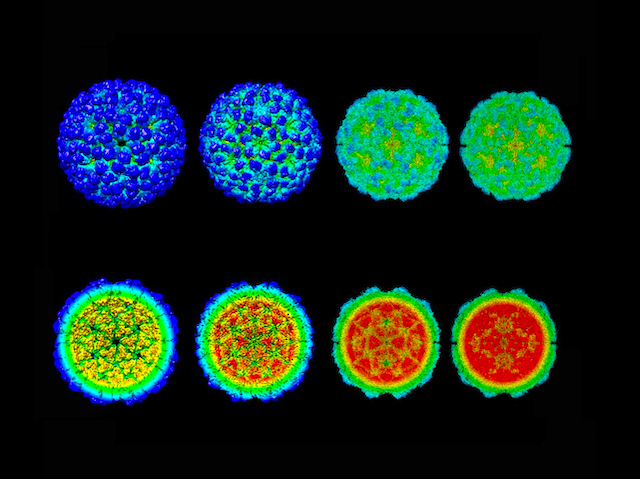 Viruses spread through our bodies in similar ways to other mammals, but we can also learn from infected insects and plants too. Here, researchers investigate the structure of virus-like particles similar to the insect virus Nudaurelia capensis omega using plant cells as a sort of natural virus factory. During infection, a virus breaks open its protective case known as a capsid and injects genetic material into the host cell, which is then 'tricked' into making many copies of the virus, including new capsids. It’s during this stage – how the capsid matures from an earlier structure (called a procapsid) into a capsid capable of infection – that scientists want to investigate. The team compare molecular details spotted in cryo-electron microscopy images, to those of mature capsids, finding structural changes that may one day be exploited as weaknesses to stop a viral spread.