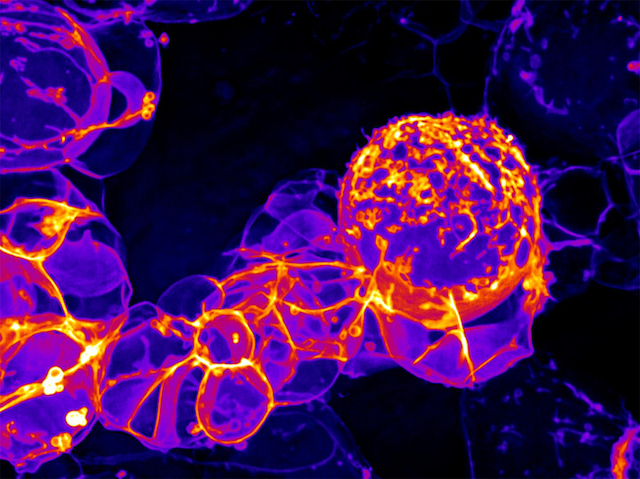 Neural stem cells in the developing brain don't divide equally. One daughter cell is destined to become a neuron, the other remains a stem cell producing more daughters. To understand how this polarity of cell fate occurs, scientists turn to model organisms such as the fruit fly, a neural stem cell of which is shown here– the large cell on the right – with its progeny blebbing out to the left. The researchers who took this photo, which is falsely coloured, used a super-resolution form of imaging called spinning-disk confocal microscopy, ideal for observing the details of living cells. They studied the dynamics of cell membrane factors (orange) showing that their distribution changes over the course of the cell cycle and reflects the establishment of polarity prior to division. Understanding how such polarity and neural fates are established may one day inform efforts to regenerate neurons destroyed by injury or disease.