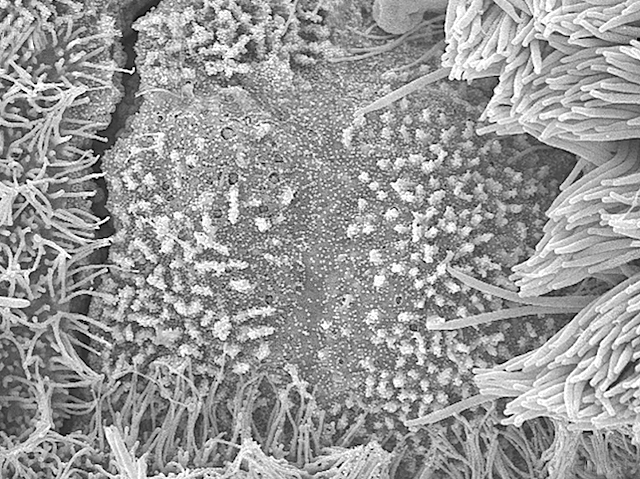 The infamous virus behind COVID-19, SARS-CoV-2, attacks the lungs making it increasingly difficult to breathe. Researchers now investigate how using a reconstructed model of the human bronchial epithelium – the tissue that lines our airways. Infecting this tissue with SARS-CoV-2 and then using scanning electron microscopy (pictured) revealed a rapid loss of hair-like structures called cilia, which help move mucus out of the lungs. Genetic analysis showed that before these cilia were lost, the activity of a gene called FOXJ1dropped. FOXJ1 is the master controller behind ciliogenesis, the process by which cilia are formed. The loss of cilia reduced the ability of the bronchial epithelium to clear mucus. With the cilia out of the picture, the team suggest that SARS-CoV-2 may have a clearer path to spread deeper into lung tissue.