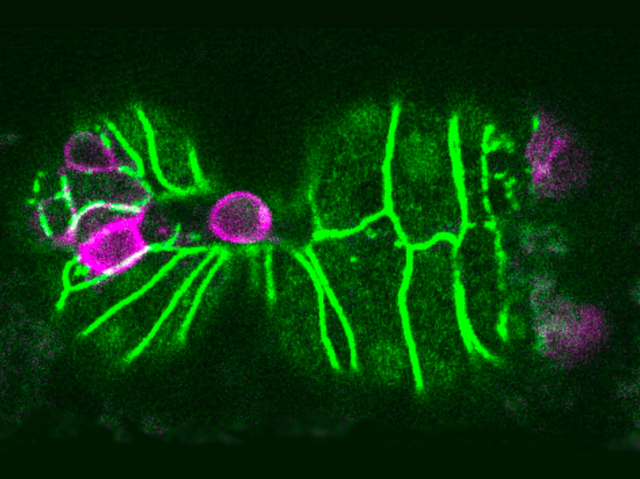 Damaged cells eliminated by extrusion to avoid replication of errors

A few rotten apples shouldn’t ruin the whole bunch. With millions of cells in the body, it’s inevitable that some will make a misstep and need to be quietly removed. Extrusion is one method for such a dismissal, when a rogue cell is squeezed out of a layer of cells with minimal disruption to its neighbours (pictured, centre pink cell being extruded from the green embryo of a microscopic worm). A new study investigated genetic activity linked to extrusion, and revealed that the process is triggered when cells falter in the midst of DNA replication and cell division. Such errors can prompt cancer development, so removing these cells might be an intrinsic cancer-prevention technique. Further experiments in human cells revealed the involvement of a well-known cancer suppressor protein called p53, showing the body aims to cull cancerous cells before they get going.