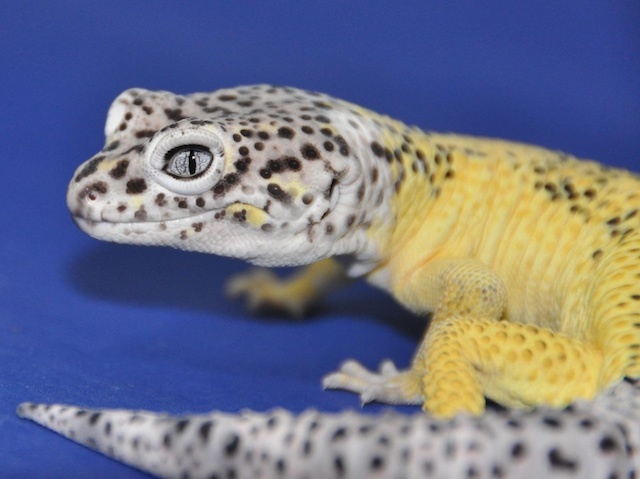 Biomedical discoveries can come from unexpected places. In a prime example, recent research has uncovered surprising links between the genetics of colouration in geckos and human skin cancer. Popular pets, leopard geckos (Eublepharis macularius) have been bred to produce many different colour varieties. For those of the Lemon Frost form (pictured), their striking colour pattern comes at a cost: more than 80% of them develop skin tumours, known as iridophoroma. By tracking the Lemon Frost pattern in a breeding colony of geckos, and sequencing their DNA, scientists were able to identify the region of DNA controlling this unusual appearance. Within it lies a single gene, SPINT1, known to function as a tumour suppressor, and mutations of which are involved in several forms of cancer, including skin cutaneous melanoma (SKCM) in humans. Linking a key gene to a visible colour difference could make leopard geckos a useful model for studying SKCM in the future.