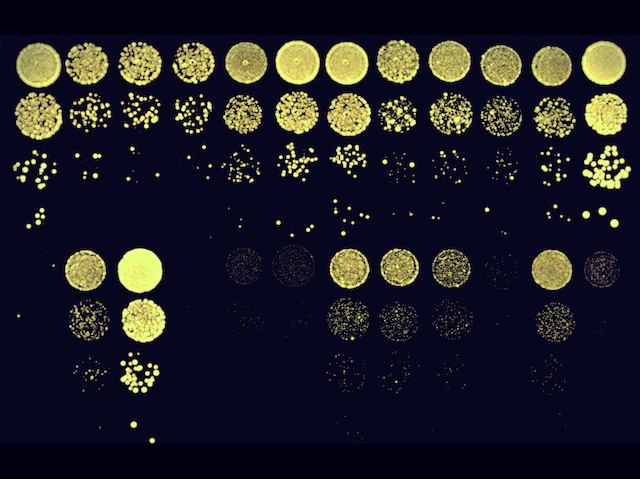 Changes in genes, known as mutations, can cause big problems if they affect how a gene normally functions in the body. But it’s becoming clear that a harmful alteration in one gene can be compensated for by a beneficial change in another. Using yeast as a stand-in for human cells, researchers have been looking at more than a thousand different versions of 580 yeast genes growing in different genetic backgrounds and conditions (the yellow blobs in this image are colonies of different yeasts in the experiment). Surprisingly, the damaging effects of up to one in four mutations in yeast cells can be ‘cancelled out’ by inducing other genetic changes. Understanding more about these so-called ‘rescue mutations’ in the human versions of these genes could provide insights into why some people with inherited genetic health conditions are worse affected than others and point towards drugs or gene therapies that might help.