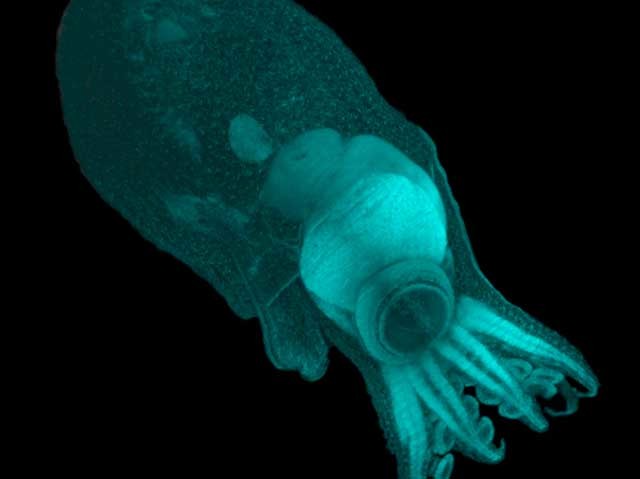 Drawing similarities between humans and somewhat surprising creatures like fruit flies and zebrafish often allows researchers to use them as 'models' for different aspects of health and development. Researchers studying the developing brain of this newly hatched octopus larva (Octopus vulgaris) – seen just behind the eye. They found that, similar to mammals, cells destined to become neurons often migrate long distances to plug into the developing brain. Some of these cells are controlled by similar proteins or transcription factors to those that shape our own nervous systems. While our evolution took a branching path from cephalopods like the octopus, these studies suggest there may be common features in the development of large complex brains, which may reveal secrets to our own brains.