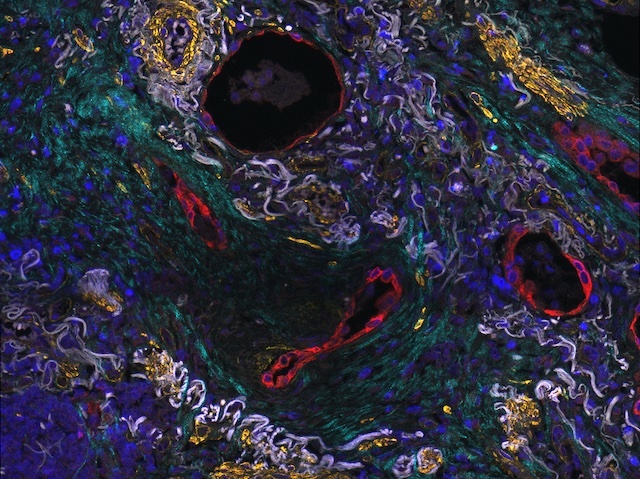 This colourful picture looks more like a Van Gogh painting than a serious lung disease. But it’s actually an image of a thin slice of lung tissue affected by a condition called idiopathic pulmonary fibrosis (IPF), which causes scarring in the lungs (highlighted in green and white). Over time, this scar tissue builds up and makes it hard to breathe. We don’t know what causes IPF – the word idiopathic means ‘unknown cause’ – although the condition is more common in men over 50, smokers, and people who have breathed in substances such as metal or wood dust. Current treatments can only slow the scarring process down, and some patients may need oxygen or even a lung transplant. IPF has a big impact on the lives of more than 5 million people worldwide, so researchers are hoping to develop treatments that can reverse the scars and restore normal lung function.