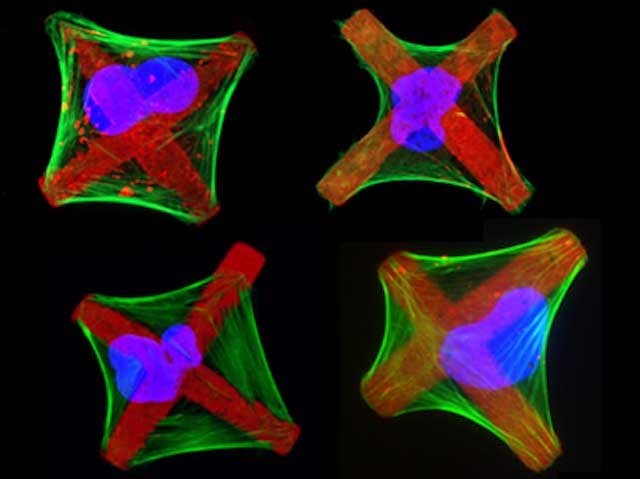 Cells stretch out into their surroundings – relying on tiny 'bone'-like filaments of myosin to push and pull their way along. Here four human cells (with their nuclei highlighted in blue) are given a workout – stretching their cytoskeletons (green) out on cross-shaped platforms (red) to see how myosin rises to the challenge. While a normal cell (top left) reaches out using three different forms myosin working together, the other cells have been genetically edited to remove one of the trio. The arcs in the cells’ cytoskeletons look similar by eye, but researchers zooming in find differences in the shapes of depleted cells. They suggest the three forms of myosin must cooperate to generate and balance tension and elasticity so the cells can grow and move. The next step is to investigate how they cope in the changing environment of living tissues, such as migrating cancer cells.