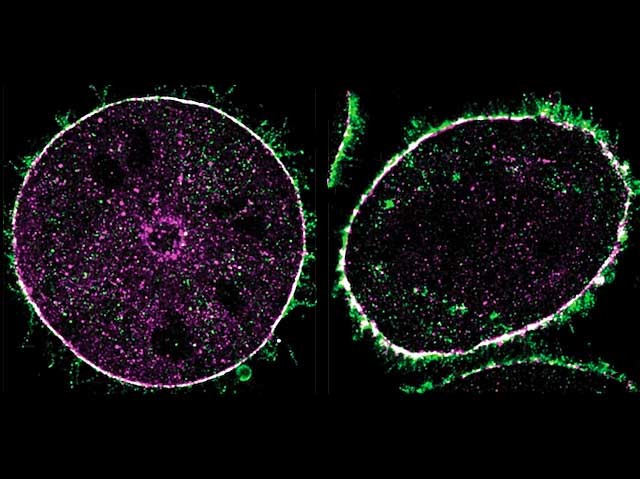 Wrapping like a band around the inside of human cells, the actomyosin cortex contracts and expands to pull them into shape – preparing for important activities like cell division. Yet the molecules involved – actin (highlighted in green), and myosin (purple) aren’t always band-mates. Using a technique called STORM imaging, researchers picture cross-sections through these cells at different stages of life, revealing the cortex in white, where myosin and actin overlap. Yet in the younger cell (right) some of the purple myosin has pulled away from the cortex. Researchers believe that the size of bulky myosin molecules influences how and where it twangs back to the actin and re-joins the cortex. This form of steric hindrance may help to control a cell’s shape, and could be influenced in dividing cells, like the one on the left, to treat various forms of cancer.