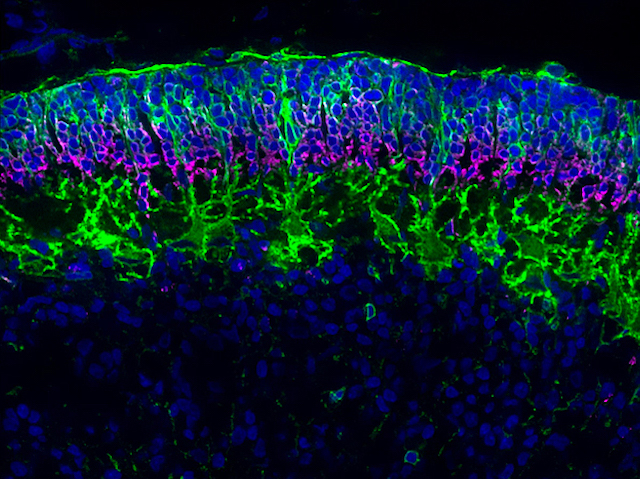 Actors arriving on stage too early or too late can ruin a play. As our brain develops billions of neurons must also take their place at precisely the right moment. This is controlled by neuronal precursors – carefully choreographed clusters of starter cells that migrate from one place to another. A protein called p75NTR is involved, but details of its role were unclear, so a new study has examined its activity during the migration of granule cell precursors. Mature granule cells sit in the cerebellum region of the brain (mouse cerebellum pictured with p75NTR in green and migrating cells in pink) and help control movement. In mice lacking this protein the precursor cells migrated too early, resulting in an over-accumulation in the adult brain, which can affect normal development. Unpicking the details of neural migration will help explain how healthy development occurs, and what changes to cause conditions like autism.