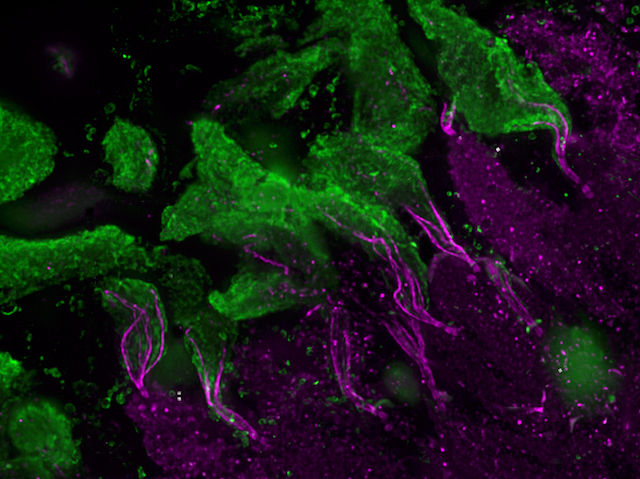 Tucked away in the retina at the back of our eyes are specialised cells called photoreceptors that convert light into electrical signals to fire towards our brains. A hereditary disease called retinitis pigmentosa causes these cells to degenerate over time leading to blindness. Photoreceptors have an outer ‘light-sensing’ segment (green) and an inner segment that acts like the cell’s engine. They‘re joined by connecting cilium (CC) made up of molecular scaffolding called microtubules (magenta). Patients with retinitis pigmentosa can have structural CC defects, but what those changes looked like was unknown. Using a technique called expansion microscopy, researchers observed retinal tissue in mice with a resolution never achieved before. They found that a group of four proteins were essential for the thin and bridging CC to form, acting like a zip bringing the two photoreceptor segments together. Without this molecular zipper, the scaffolding collapses, the photoreceptors collapse (the dishevelled green layer) and can’t survive.