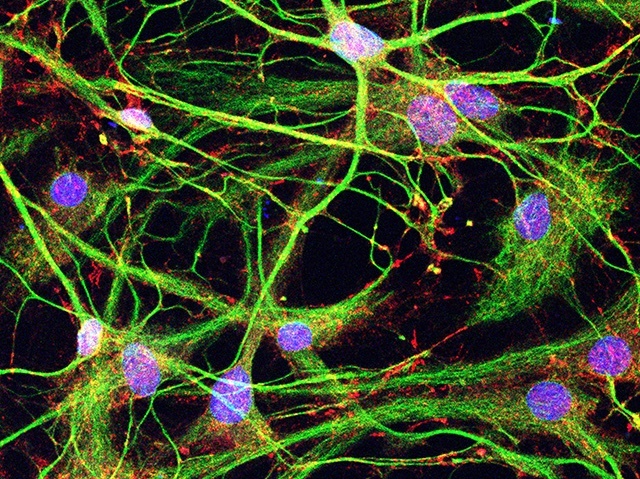 We all have those days when our brain seems to whirr more slowly, as if the internal cogs are all gummed up. Alzheimer’s disease does something similar, tangling wires and clogging the brain with plaques made of a protein called amyloid beta (Aβ). Aβ is generated by the amyloid precursor protein (APP), but the various ways it's created and distributed are not fully understood. Researchers examined brain cells called astrocytes cultured from rats (pictured, with APP in green) to observe how little packages of material including APP and Aβ might contribute. Building on previous studies that had linked cholesterol accumulation and APP levels, they found that astrocytes with greater levels of cholesterol released fewer packages, but with greater concentrations of APP and Aβ. Explaining how these secreted packages impact brain function, and how cholesterol and Aβ could be targeted, is an important step in the fight against Alzheimer’s disease.