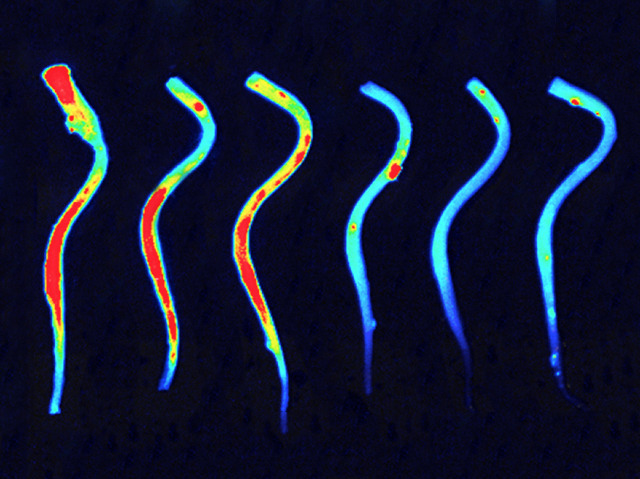 Multiple sclerosis (MS) develops when the immune system attacks myelin, the fatty substance that insulates nerve cells. The disease often lurks undetected long before any symptoms appear, but scientists might have come up with a method for early diagnosis. Using a fluorescent tag to track a protein called thrombin in mice with an MS-like disease, they found that thrombin was most active precisely in the areas where damage to myelin was most severe. Here, high thrombin activity is shown in red in the spinal columns of diseased mice (left three), in contrast to those of healthy control mice (right three). So heightened thrombin activity appears to herald myelin depletion and nerve cell damage, meaning that this thrombin-specific fluorescent tag could potentially be used as an early-detection method for MS. It might also be employed to monitor how patients respond to treatments.