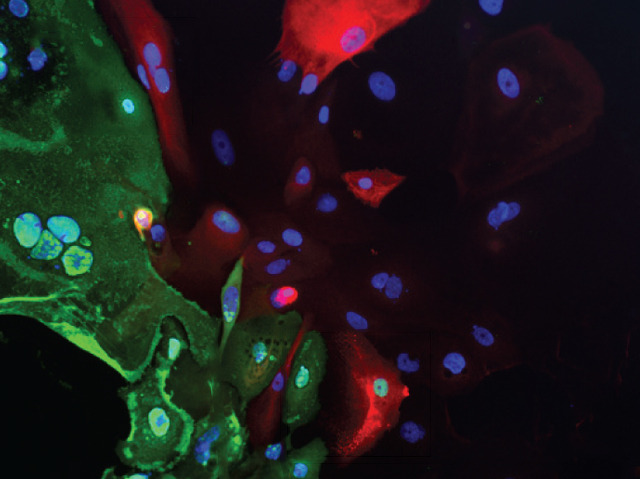 Science is driven by the desire to scratch an intellectual itch. But no problem can ever be as frustrating as the real irritation caused by chickenpox. This quintessential childhood illness – which infects over 90% of people before adulthood – brings about painful blisters and rashes that cry out to be scratched. It’s caused by the varicella zoster virus (VZV), which attacks skin cells' genetic codes and coerces them into producing the characteristic blebs. The virus's favourite victims are scaffold-like skin cells, in which it targets a specific gene that helps adapt the cell to the different roles it plays across multiple skin layers. In an artificial environment that mimics human skin, infected cells (in green) exhibit no activity of this important gene (in red), and thus function abnormally. A small piece of the complex intellectual puzzle, scientists admit. But one step closer to satisfying the real itch.