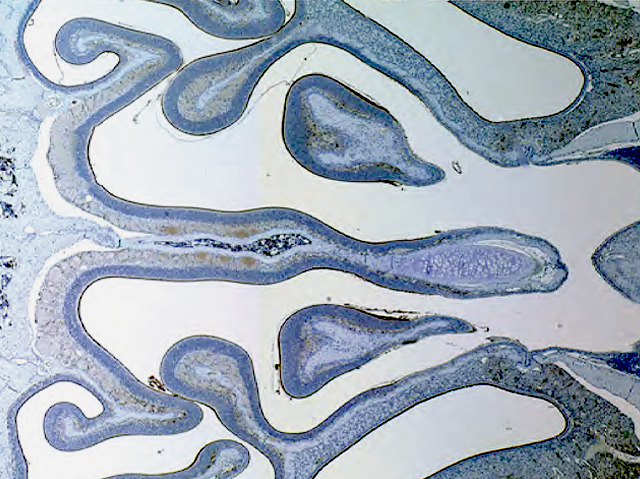 Humans are walking Petri dishes, carrying around bacteria that outnumber our own body cells ten to one. Many of these organisms are beneficial, but as with any large community, there are always a few bad apples. Neisseria meningitidis is one of them. The bacterium lurks harmlessly in the airways of most of us, until suddenly turning nasty and causing meningitis. What brings about this change is poorly understood, in part because it can’t be studied in other animals as they lack the specific proteins that fix the bacteria firmly in the airway. By breeding mice that possess this human protein – shown as thin black lines in this mouse's nasal passage – scientists successfully infected the animals with meningitis. This raises the possibility of using an animal model to investigate the disease that’s prevalent among adolescents and kills around ten percent of its victims.