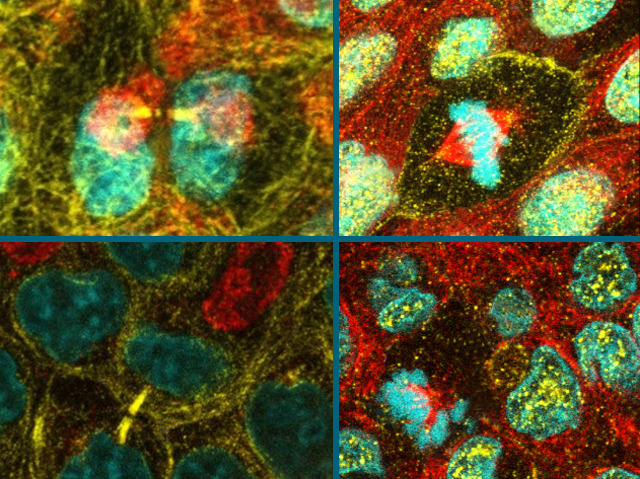 For many cells in the body, it's vital to know which way is up – known as cell polarity – and problems with this can lead to disease. The liver is made from a complex network of tiny tubes, and cells need to know which is the inside of each tube and which is the outside. As new cells form, they must align themselves accordingly – something researchers are investigating using kidney cells grown in plastic dishes in the lab, which normally grow in a flat sheet. In the top two panels the cells are dividing neatly, while the same cells in the lower panels have an extra dose of a gene called Par1b, which normally helps liver cells distinguish up from down. This fools them into rolling themselves around as if they were in a tube in the liver, causing chaos in the confined space of the dish.