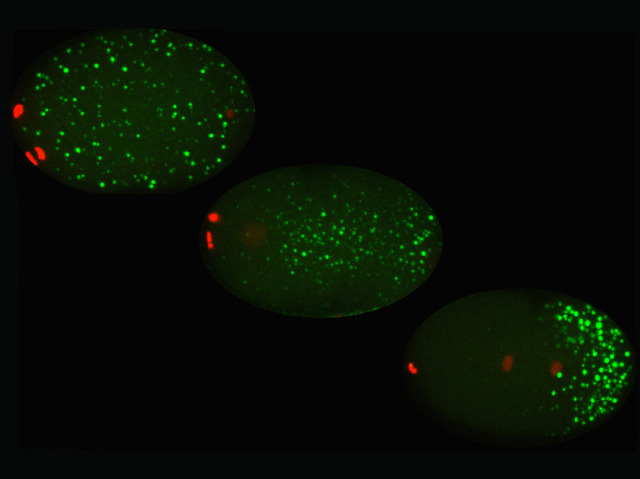 To make proteins, instructions encoded in DNA are first transcribed into a similar type of molecule called RNA, which in most cells is concentrated into clumps called RNA granules. In a single-celled embryo of the microscopic worm C. elegans (pictured at three separate moments), the behaviour of RNA granules (stained green) plays a key role in development. The granules condense into a gel-like state at one end and when the cell divides, the front forms a cell that will become bodily tissues while the back becomes a germ cell, which forms eggs or sperm. Now, researchers have identified a group of proteins floating around the cell that drive this shift between the dispersed and condensed state (shown here left to right). Without them, RNA granules failed to assemble, rendering the worms infertile. These findings add to our understanding of how fertilised eggs make early decisions that determine development.