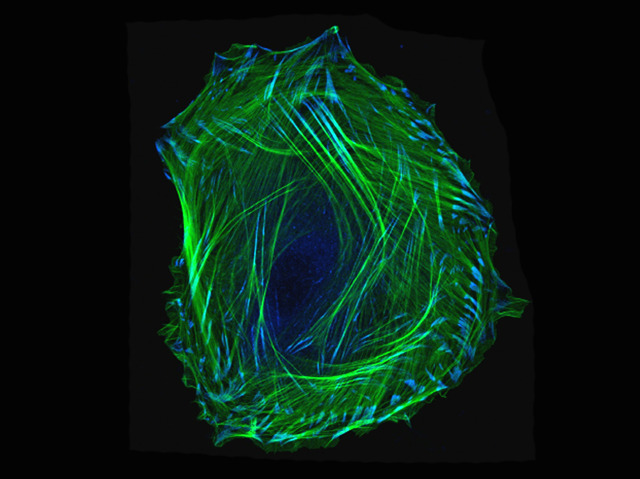 Heart disease kills more than twice the number of men than any other single disease in Britain, and trails in second place in women, just behind dementia. Yet, doctors still don't quite know what drives atherosclerosis – a heart-attack- and stroke-causing disease where blood vessel walls swell due to deposits of hard fatty plaque. Until recently, it was thought that only white blood cells contributed to the swelling when they swallow those fatty deposits and stick to the vessel lining. But the latest research suggests that hitherto unsuspected smooth muscle cells (pictured) inside vessel walls, where they regulate blood pressure by constricting flow, might also be adding to the disease. They’re suspected of behaving like white blood cells, ingesting and accumulating the plaque. Ending this behaviour gives researchers a new target in their search for treatments of atherosclerosis, which can lurk undetected for decades before striking, fatally.