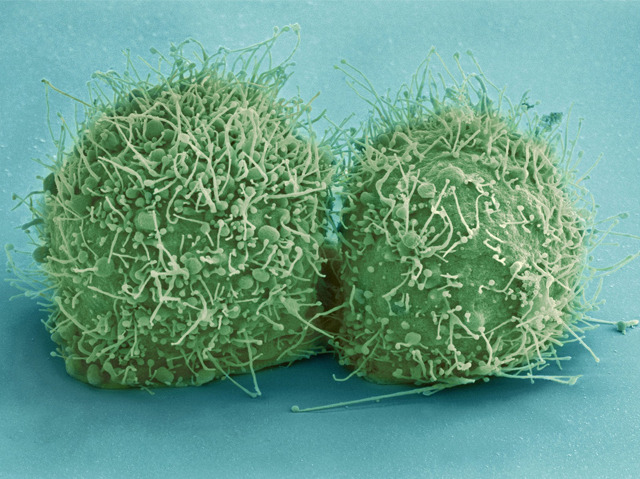 These just-divided tumour cells are decendents of cells taken without consent from Henrietta Lacks on her death from cervical cancer at Baltimore's Johns Hopkins Hospital on 4 October 1951. For the next thirty years, scientists believed her cells hid the secret to a cure for cancer in the form of a virus hidden inside them. Their enthusiasm prompted even American president Nixon to declare a 'War on Cancer', that became the largest scientific project ever undertaken. But it all came to nothing. Scientists now know cancer is caused by complicated interactions between genes, cell processes, and the environment. Many believe eradicating cancer will remain just a dream, even as life-prolonging cancer treatments leap forward. Progress on the ethical front too, with new biospecimen policies directly inspired by Henrietta's story, also continues to be made. All flesh is grass, destined to wilt, but like her cells Henrietta's legacy is immortal.