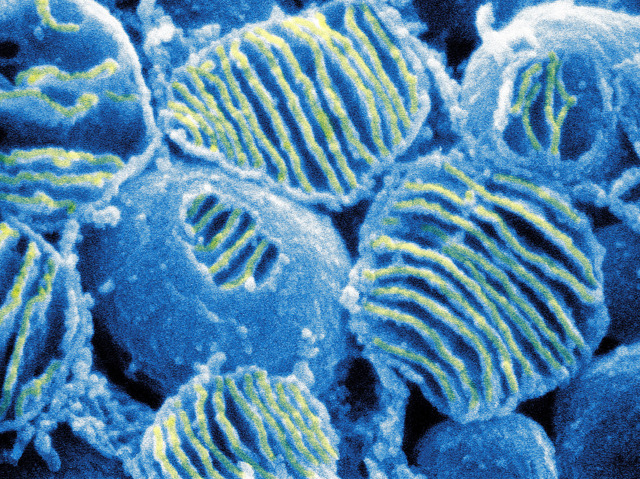 Cells in your body contain packets of mitochondrial DNA (pictured), which convert food and oxygen into energy – and appear to have another role in helping to fight infection. Experiments on mice have shown how that when damaged by a virus attack, these tiny power packs trigger the cell to produce interferon, an anti-viral agent. Scientists were surprised to discover that a similar immune response occurred when damage was caused not by a virus but by ageing of the cell. This points to mitochondrial DNA playing an important role in human ageing, opening up a new avenue of research in this area. These findings may also have implications for mitochondrial DNA transfer – an IVF procedure that the UK is set to legalise as a means of preventing certain inherited diseases, and which will controversially lead to the birth of three-parent babies, possibly in 2016.