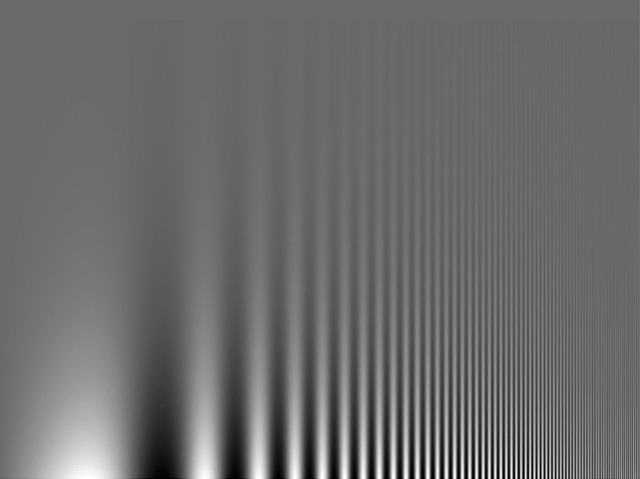 Like all good artists, the first thing the brain's visual centre does is rough out a quick sketch. Neurons work in teams to determine the location, thickness and contrast of edges which helps to create a line drawing of what the eye sees. Each individual neuron is a specialist, only responding to stimuli of a certain contrast or scale. This grid beautifully illustrates the numbers of neurons that exist to deal with different intensities of these two characteristics. From left to right the black and white bands get smaller, thus testing cells' response to spatial distances. From up to down, contrast increases. The clearer the area of the image, the more neurons we have to deal with that particular contrast or distance. Mathematical models suggest that this numerical imbalance filters the image and even makes us better at recognising caricatures that look nothing like the object in real life.