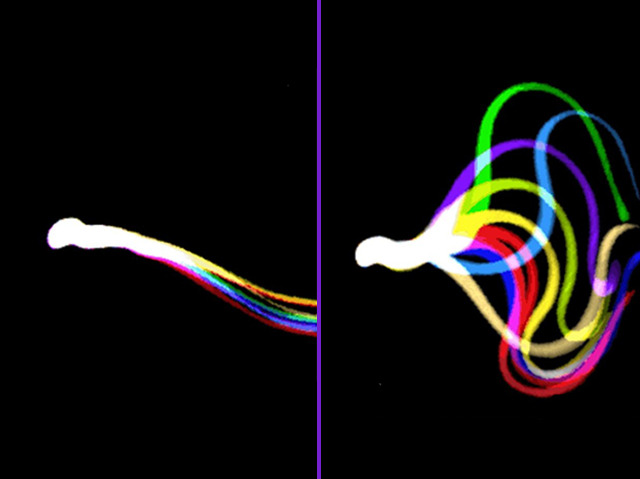 Infertility can be caused by sperm that are unable to swim because they lack a common enzyme necessary to make the important biological messenger cyclic AMP, preventing them from beating their tail-like flagella. In a laboratory experiment, male mice with this condition were genetically engineered so that their sperm produced another type of enzyme, bPAC. This is normally produced by a type of soil bacteria and has the remarkable property of stimulating cyclic AMP production when activated by light. Pictured is a mouse sperm whose tail has burst back into life – the false colours showing its movements – after being exposed to blue light. Whether this technique has applications for the treatment of human infertility remains to be seen – but it is certainly a triumph for optogenetics, the emerging science of modifying cells so they can be controlled with light.