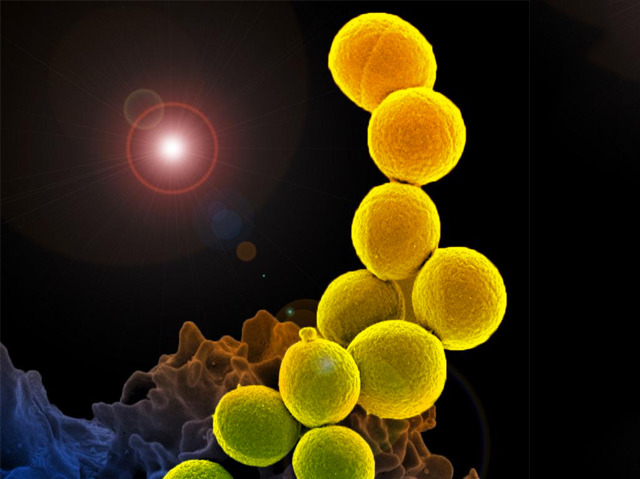 As we hunt for new drugs to fight antibiotic-resistant diseases, an important chink in the armour of gram-positive bacteria has been discovered. These slimy-coated bugs include some of the biggest threats, such as tuberculosis and MRSA – pictured here (false coloured yellow) being attacked by a human white blood cell (purple). For 100 years we’ve assumed that all organisms, from microbes to humans, produce an essential iron-carrying substance called haem in the same way. But scientists detected a slight variation in the manufacturing process in gram-positive bacteria, requiring a protein called HemQ that’s not found in humans or other animals. Work has now begun on the development of a new class of drugs – they could be available in as little as two years – that block HemQ to kill or disable this type of bacteria but do not affect human haem production.