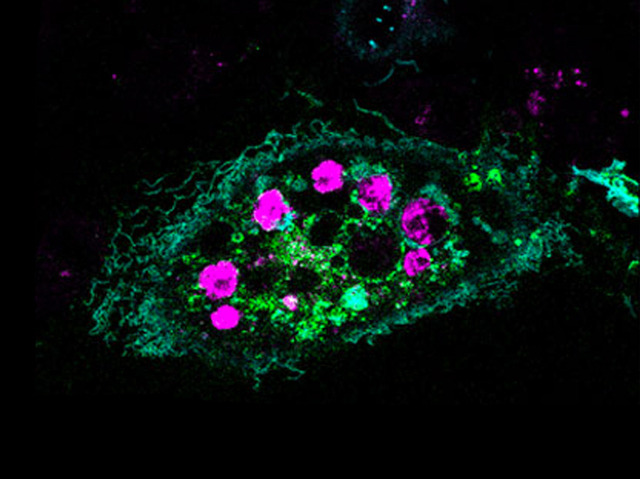 Who says that scientists having fun can't lead to useful discoveries? A Japanese team created a 'Pac-man' style cell programmed to hunt debris and dying cells in our bodies, a job normally done by macrophages and other white blood cells. They assembled a biological Pac-man using lab-grown HeLa cells (one is shown in green engulfing six dying cells in purple), which they endowed with receptors, or protein antennae, that sniff out dead or distressed cells nearby. But the fun stopped once the prey was encircled – like livestock in a pen – because the researchers are still working out how to prompt their artificial hunter-cells to digest their catch. In future, the team aim to create sophisticated versions that will search and destroy cancer cells and repair tissue by ridding it of debris.