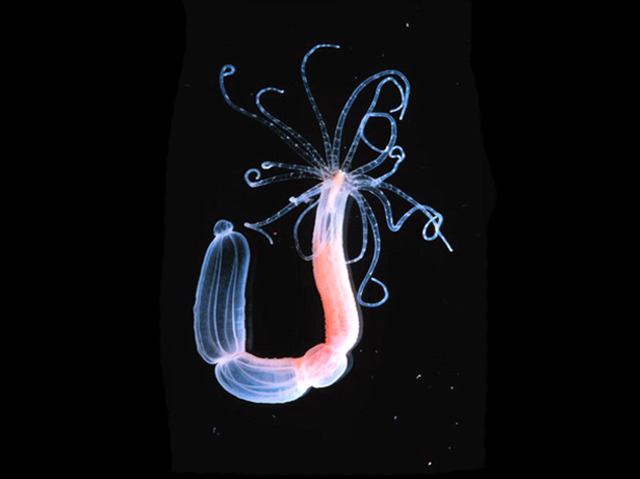 This is a starlet sea anemone. And when it comes to the nervous system it really is a starlet. Unlike humans, this tiny creature can regenerate an entire new nervous system as an adult. Humans are not good at replacing damaged nerve cells – which may arise from injury or stroke – because our whole nervous system arose from a single cluster of neural stem cells when we were embryos. These are not around when we become adults. However, a team of scientists has discovered that the difference between sea anemone and human neural stem cells is not so great. This raises the possibility that one day these little nerve-growing experts could give us a few clues about how to regenerate damaged nerve cells in humans.