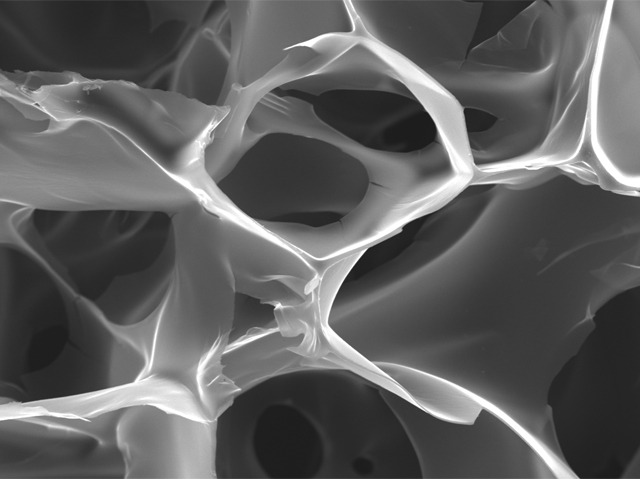 This scaffolding might not look much like the stuff that construction workers might put up around a building – and the microscopic holes and struts are made of special biologically active materials rather than metal bolts and pipes – but it's just as useful. It’s a biological scaffold that’s been designed to support the construction of replacement heart parts, grown in the lab. The hope is that tissue created in this way could one day be implanted into a patient's heart after a heart attack, patching up the damage in the same way that builders repair the damage to a house after a storm. It's not just the heart either – researchers are working on growing other types of cells, including bone and the muscles elsewhere in the body.