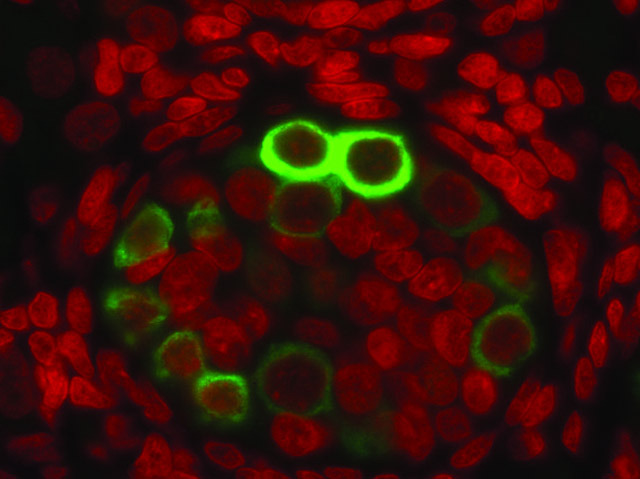 Genes are passed from one generation to the next via the human germline – special cells that appear in an embryo soon after conception and develop into eggs or sperm in adulthood. It’s been discovered that these germ cells are particularly vulnerable to genetic damage in early pregnancy. This is due to the reversal of a process called methylation, which acts as a protective shield around the DNA of almost all cells in your body. Scientists monitored the level of demethylation of germ cells – like the ones pictured here, stained green, in a cluster of other embryonic cells – and found several danger points during the first 137 days of development when their DNA shield was particularly weak. The study could increase our understanding of infertility and certain diseases that can be caused by genetic damage to germ cells in the developing foetus.