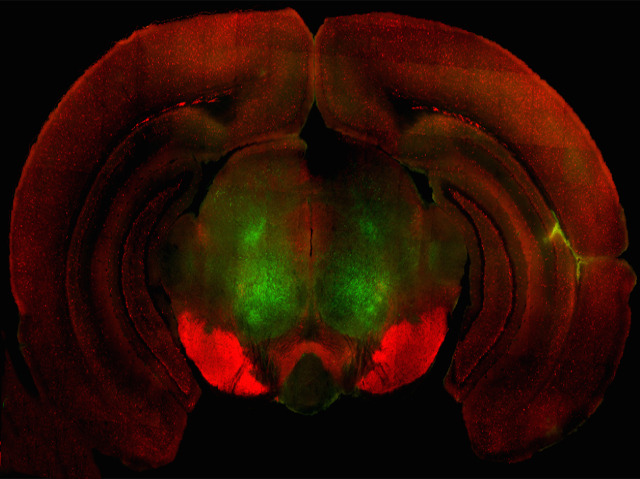 Cells known as inhibitory interneurons help to control signals in the brain, quieting some but leaving others. Scientists study these cells in mice by giving them a coloured fluorescent tag, which makes them light up under a microscope. GABAergic interneurons, so called because they signal using a molecule called GABA, have only ever been tagged green. Making a mouse with different neuron types tagged in different colours can help to distinguish them and study how they interact, so scientists recently developed a mouse that had GABAergic neurons tagged in red. They did this by getting the cells to produce the red tag, called tdTomato, alongside the machinery that makes GABA. This means that only the neurons that use GABA make tdTomato. The image shows a slice through a mouse brain, with GABAergic neurons in red and another kind of inhibitory interneuron, in green.