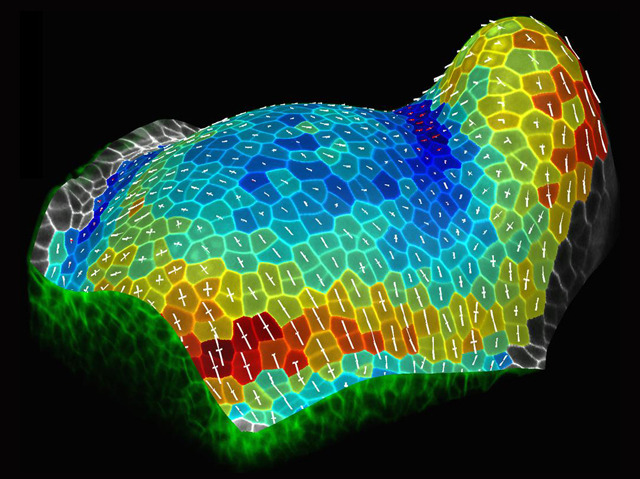 Early life in plants has much in common with our own. Our developing organs go through rapid changes in shape and size as cells tug at each other, changing the landscape of living tissues forever. Special software has been developed to map these changes – known as morphogenesis – on 3D surfaces, analysing tissues like a surveyor might look at the terrain during an earthquake. Here a virtual map has been draped over the green-coloured cells in a tomato root. It highlights growing cells (red, yellow) and shrinking ones (blue), with white lines indicating the direction of these changes. Developing human tissues can be trickier to observe than plant tissues, but the race is on to catch up. Combining biological models like organoids, with 3D imaging techniques like light sheet microscopy may allow researchers to follow morphogenesis during human development, improving the picture of how our early lives are shaped.