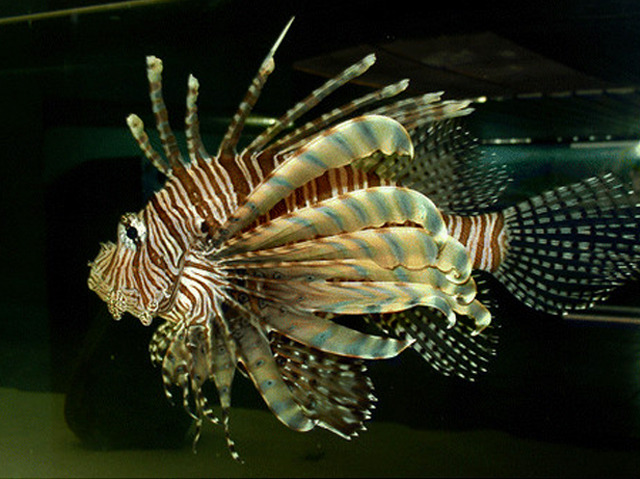 This eye-catching creature is a lionfish, a venomous fish native to the Indo-Pacific. It stings through bony spines located in the fins, such as the one at the top of the image. Extremely painful, the sting can lead to blisters, nausea, fever, and in rare cases cardiac effects. The pain is thought to be caused by the poison making blood vessels constrict, so immersing the stung body part in hot water helps temporarily as it makes the blood vessels dilate. Generally it's fishermen, divers, and aquarium workers who are stung as the fish aren’t found in areas where casual bathers swim. However, recently the lionfish population has expanded to new areas, such as South America, where it has taken over the local ecosystem very quickly. Monitoring projects are keeping an eye on its spread to help protect people in the future.