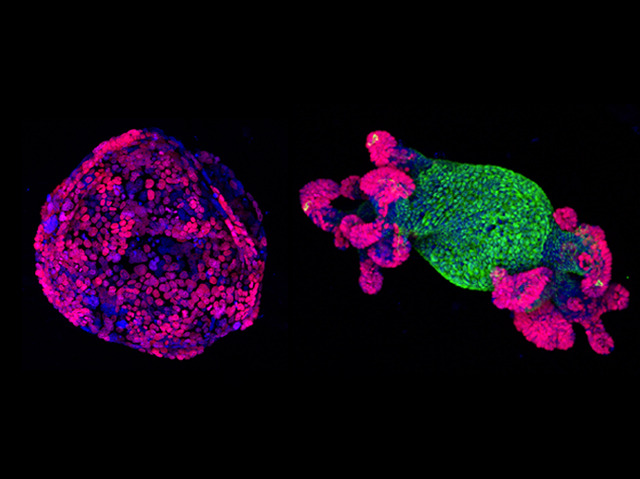 Could halting colon cancer be as simple as flipping a protein switch? It seems too good to be true, but research in mice showed that deactivating and then reactivating a tumour suppressor protein called adenomatous polyposis coli (APC) was enough to induce and then eradicate colon tumours in a matter of weeks. Similarly, in an intestinal organ culture (pictured), switching off APC (left) caused cancer-like cell behavior - overt proliferation and loss of cell identity – while switching the protein back on (right) reestablished intestine-like structures and cell characteristics. Mutations that deactivate APC are present in the majority of human colorectal tumours and are believed to initiate disease. The results in mice, however, suggest APC deactivation not only initiates tumours but is required to maintain them. If the same is true in humans, then reestablishing APC’s activities in a patient’s colon tumour could potentially arrest or even reverse its growth.