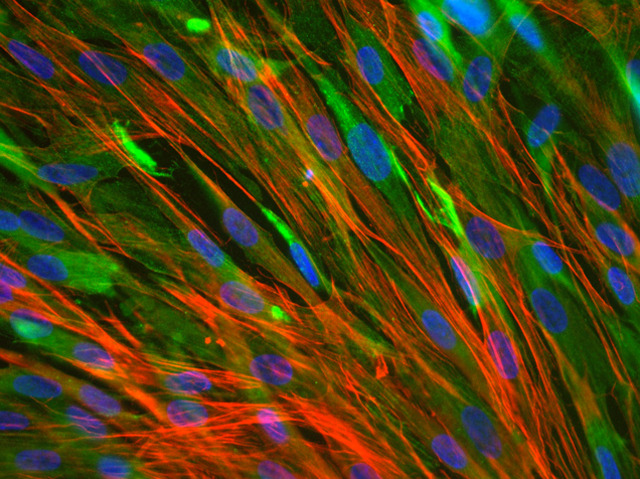 Feeling strong? Whether you're a bicep-busting bodybuilder, a slimline skinny type or anything else in between, your muscles only work thanks to a molecule called desmin. Highlighted in green in this image of rabbit muscle cells seen down a microscope, desmin is responsible for holding together the internal structures of muscle cells so they can squeeze and stretch as you move. Inheriting a faulty version of the gene that makes desmin causes major muscle problems, not only with the muscles that move the body but also with the muscular 'bellows' in the lungs and the pump that powers the heart, resulting in paralysis and sudden heart failure. Developing genetic tests for desmin faults will help doctors to diagnose these problems faster, enabling them to try potentially life-saving interventions like heart pace-makers and breathing machines, as well as paving the way for potential future treatments to help keep patients muscle-bound.