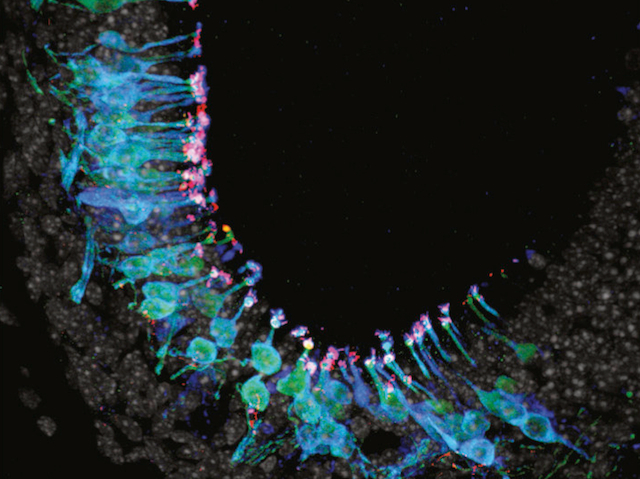 Milk, toothpaste, coffee, petrol, spices, flowers – all smells you may have recognised today. Each one releases a different set of chemicals into the air which trigger sensitive cells in the olfactory bulb (just behind the nose). Generally we recognise smells as a blend of signals from these cells, combined by the brain into a 'flowery' or 'toothpastey' smell. Pictured in bright colours in a mouse, cells in the olfactory necklace work differently. Each cell senses entire sets of smelly chemicals at once – and humans have them, too. Researchers think necklace cells respond to overall smells, saving the brain time in assembling the smell from other olfactory cells. Which smells might be this important, though? Perhaps those we associate with danger, or pheromones released by a potential mate – future studies in the brain will hopefully solve this smelly mystery.