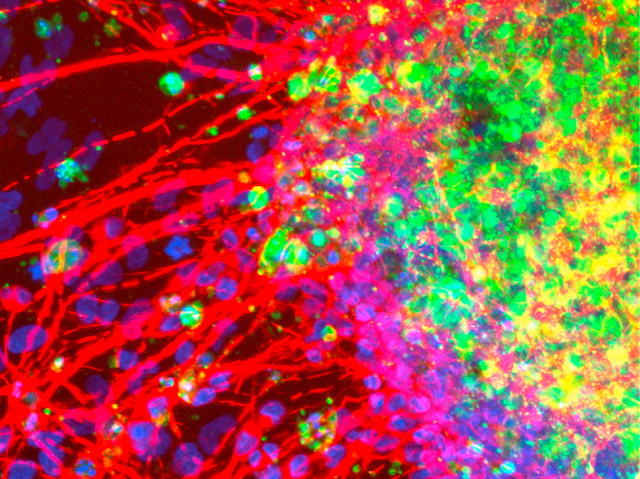 Zika virus is a blood-borne pathogen, transmitted mainly by mosquitoes. The recent spread of the virus from Brazil to Central America and the southern United States, has led to a flurry of research into the biology of the virus, particularly into how it causes microcephaly – an unusually small brain and skull – in babies born to infected mothers. It's known that Zika infects neural progenitor cells (pictured), which give rise to the brain. But new research shows the virus also attacks neural crest cells. These cells lie adjacent to neural progenitors during development and influence the formation of both brain and skull. Zika infection of neural crest cells causes them to, among other things, secrete factors that either kill the neural progenitors or force them to differentiate prematurely – identified by the presence of neuronal projections (red). Zika thus appears to drive microcephaly by infecting a combination of neural cell types.