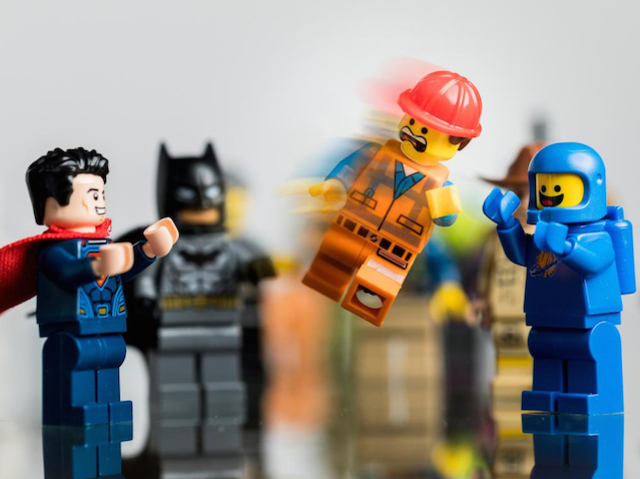 Superman’s been set up! He’s not to blame for the terrified minifigure sent flying through the air. Instead, the culprit was a jolt from an invisible burst of sound. Everyone knows that sound travels in waves; looping patterns that are 'louder' at the place they are made than where they are 'heard'. But imagine recording a sound and spinning it around, reversing its wave pattern in time. Its loudest point can now be sent wherever you want – as a focussed blast of energy. Using this technique, called time reversal, focussed vibrations can lift a tiny Batman off the ground, but they can also be used to blast away kidney stones. And, by examining wave patterns as they pass through different substances, researchers are using time reversal to spy on tissues in the human body and to spot cracks in the walls of nuclear power stations.