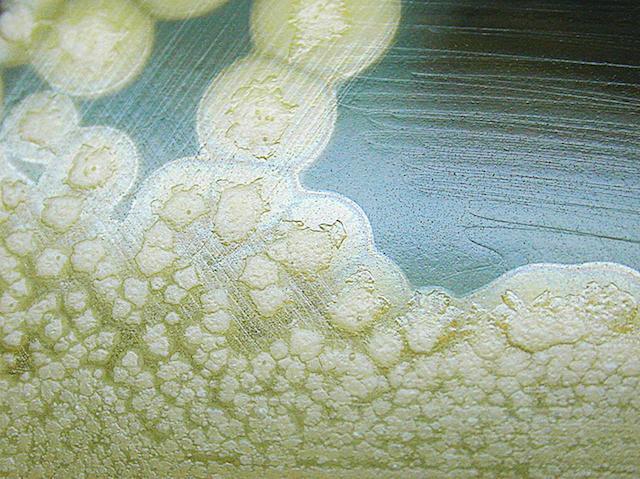 This is a culture of Clostridium botulinum bacteria, which produce one of the most poisonous biological substances known to man. The incredibly potent botulinum neurotoxin is responsible for the sometimes-fatal food-borne disease, botulism – characterised by muscle weakness and paralysis – (as well as the perfectly smooth, wrinkle-free foreheads of age-defying celebrities). Because of the toxin’s potency, lethality, and ease of production, it is categorised as a bioterrorism threat on par with anthrax, plague, or Ebola. But now scientists have serendipitously discovered a potential antidote. While using a special chemical synthesis, called click chemistry, to create novel compounds that might inhibit the toxin, the researchers found that one of the synthesis reagents, rather than the actual compounds, could block the toxin. They went on to test the reagent – copper chloride – in mice given lethal doses of the toxin and found that the treatment could significantly extend the animals lives.