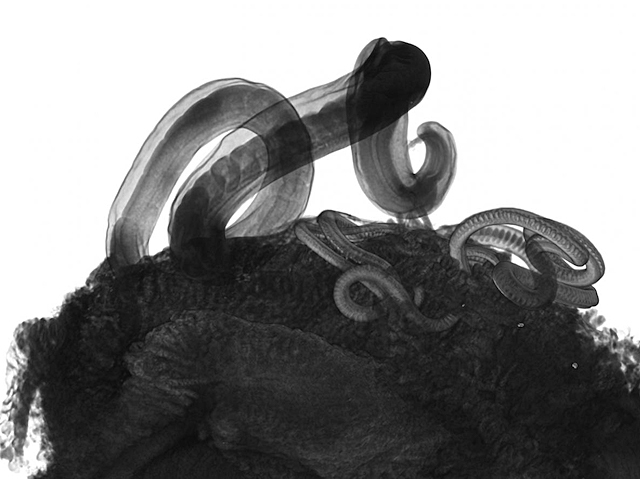 Human whipworm (Trichuris trichiura) is a parasite living in the guts of around 500 million people worldwide – a Trichuriasis infection can cause serious gastrointestinal problems or even disabilities. As it grows, one end of the worm burrows into the intestines, while the other mates with other worms nearby – each female worm produces thousands of eggs per day. Although there's currently no vaccine, there is hope – chemicals called dihydrobenzoxazepinones are able to kill whipworms in infected mice. But this is only solving half the problem. The eggs themselves can survive dramatic changes in temperature, meaning affected areas of the world are endangered throughout the year. Good news, then, that dihydrobenzoxazepinones may also work as a chemical spray that destroys the eggs before they hatch. Targeting places the worm might be lurking in parts of Asia and the United States will help to control this sprawling parasite.