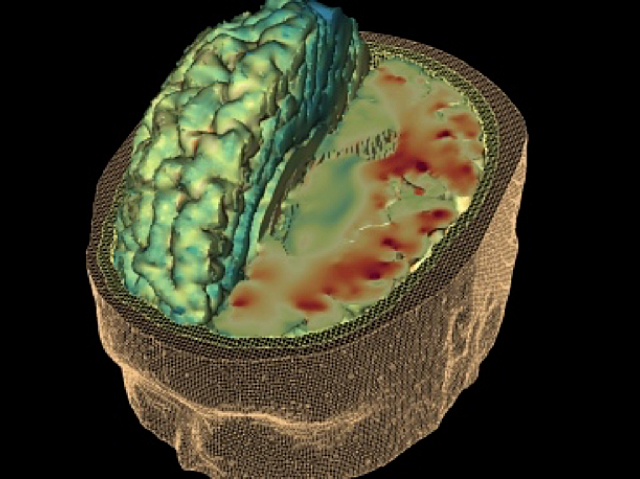 Scientists have created detailed 3D models of what happens to the brains of American football players when their heads collide forcefully together. Players wear protective helmets but previous research has shown that they still show more signs of traumatic brain injury than the general population. Such injuries occur when an external force impacts on the brain and are known to predispose players to a type of dementia called chronic traumatic encephalopathy. This causes brain tissue to degenerate and leads to a decline in health. Researchers at Imperial College London modelled how exactly tissue in the brains of players deforms upon impact. They showed that damage from the impact is greatest (red) in the depths of the wrinkle-like folds on the brain’s surface. This is also where protein deposits build up in chronic traumatic encephalopathy. The findings could help to improve helmet design to reduce the risk of serious injury.