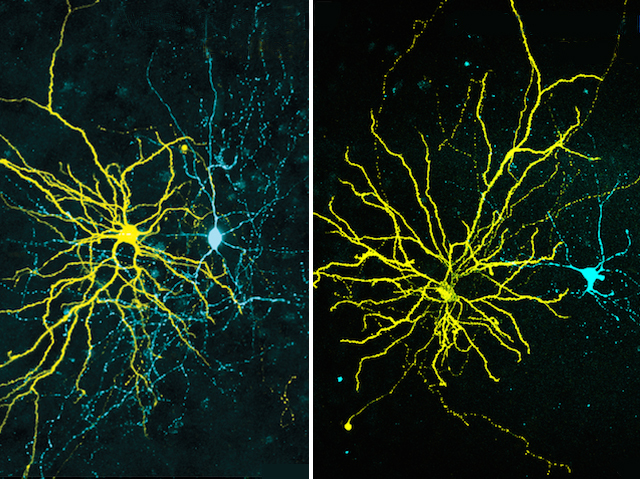 At first glance, there appears to be little difference between these two images. They both contain mouse nerve cells from a special part of the brain called the amygdala, which is thought to be important for forming emotional memories. And they both show a sprawling principal neuron (a type of nerve cell, highlighted yellow), connecting with a blue-coloured basket cell – another type of nerve cell. But that’s where the similarity ends. Detailed analysis has revealed that there are actually two distinct types of basket cells in the brain. One of them (left) makes a molecule called parvalbumin, while the other makes cholecystokinin. Each type forms a separate circuit of nerve cells in the brain which behave very differently, suggesting they have distinct functions in the amygdala. Teasing apart these complex networks is a tough job, but it helps us to understand how our brains work and how memories are made.