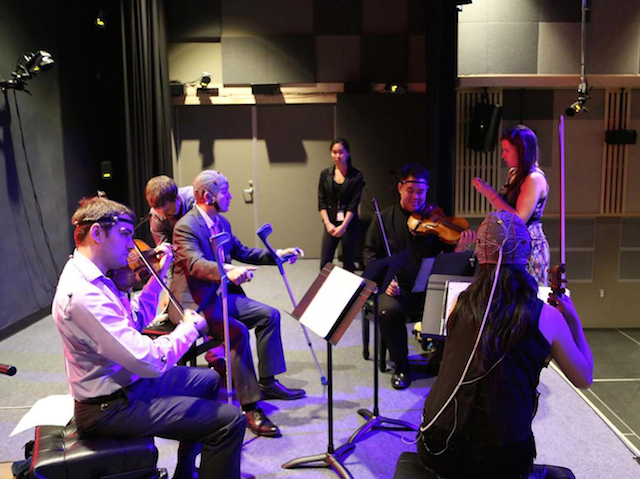 Behind a swell of beautiful music, a frantic chaos of head-bobs, swaying bodies and darting elbows somehow works as one in a string quartet. Researchers found these physical movements could be vital to bringing the players together, even influencing how they view the 'success' of the performance. Researchers measured the body sway of these performers using head and body sensors, but not before they played a little trick. They told one player (in secret) they were the 'leader', and watched as their gestures were copied by the other musicians. Similar analysis may investigate how information is passed silently among leaders and their teams, raising important questions for psychologists and helping scientists to study how a balance of verbal and non-verbal communication is handled by the brain.