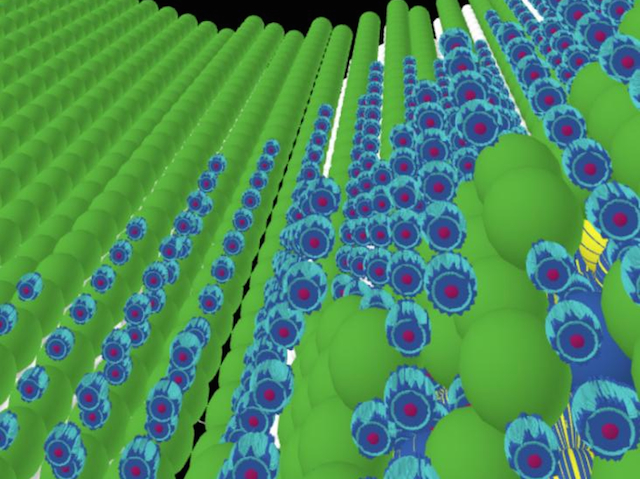 Arteries are a vital part of our internal plumbing, piping blood out from the heart to the rest of the body. Unfortunately, they can become blocked with fatty clumps, known as plaques or atheromas, reducing blood flow and causing problems such as heart attacks and strokes which cause millions of deaths worldwide. But there’s more to plaques than just fat. They’re also packed with immune cells. By creating computer simulations of plaques – like the one shown here with artery cells coloured green and immune cells in blue – scientists have discovered that one particular type of immune cell, known as neutrophils, are present in large numbers when plaques first start to form, and also later on when they start to block the blood supply. In the future, this information could help doctors to predict how an individual patient’s plaques will grow and behave, so they can pick the most effective treatment.