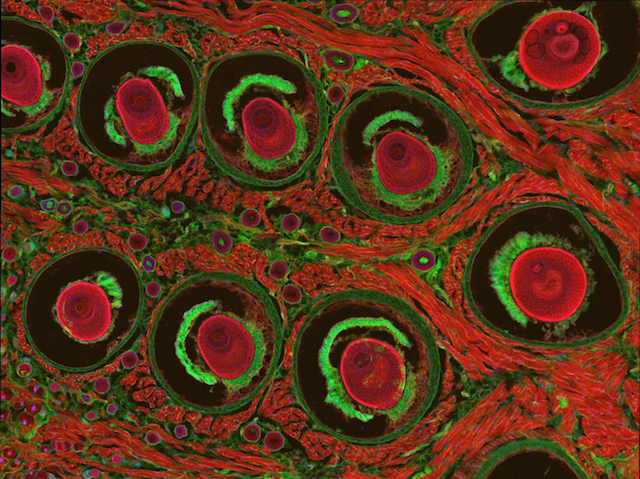 Pseudoxanthoma elasticum (PXE) is a rare genetic disorder where elastic tissues in the body become brittle and crack. Mutations in a gene called Abcc6 cause calcium to build up and stiffen the blood vessels, and even cells in the eye leading to blindness. Here researchers are investigating PXE in a mouse’s muzzle – zoomed in this far we can see the base of its whiskers (circles), which are also prone to calcification when Abcc6 is faulty. The mouse is genetically modified, and the cells that have developed to glow with red fluorescence show researchers where they will be able to switch Abcc6 on or off, all with the hope of manipulating the control of PXE and its unpleasant side effects.