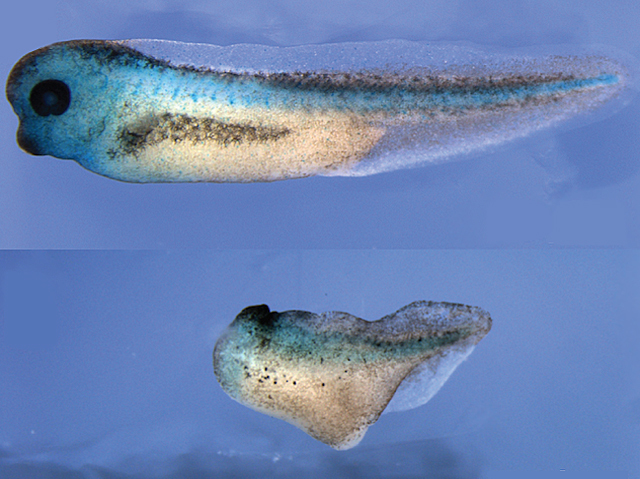 It’s important to know which way is up – or, more broadly, to be able to tell front from back, head from tail or left from right. But while this skill is pretty useful when you’re getting dressed in the morning, it’s absolutely vital for creating an embryo at the earliest stages of life. The tadpole in the upper panel is a normal healthy youngster of the frog species Xenopus laevis, often studied as a useful model for early development. The unfortunate animal underneath is missing a molecule called Brahma-related-gene-1 (Brg1), which helps to organise the DNA and genes inside the embryo’s cells. Without it, the embryo can’t tell where its front end should be and fails to grow a head at all. Frog embryos like this are helping scientists understand the earliest processes of development, shedding light on how other animals – including human embryos – figure out which way is up.