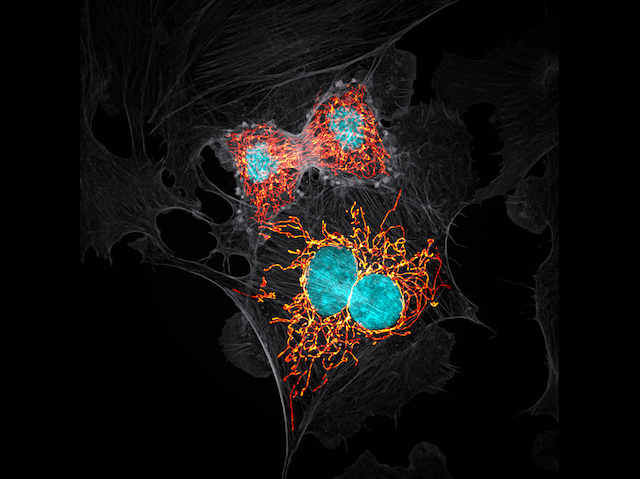 This image of cells dividing was recently placed tenth out of over 2,000 entries, from almost 100 countries, in the annual Nikon Small World competition. Now in its 45th year, the competition recognises excellence in photography through the microscope. Entrants are judged on originality, technical proficiency and visual impact. Captured here are cells (blue) that were once one, but which are now each splitting into two new and identical 'daughter' cells. The lower cells are mid-way through this split, while the top two are already distinct cells that will now move apart and act separately. The image was captured with confocal microscopy, which blocks out unnecessary light in order to produce images with high contrast and resolution. The researchers behind the image develop state-of-the-art tools to help others investigate biological processes, such as how cells migrate across tissues, how blood flow influences cancer, and how immune cells move to infected areas.