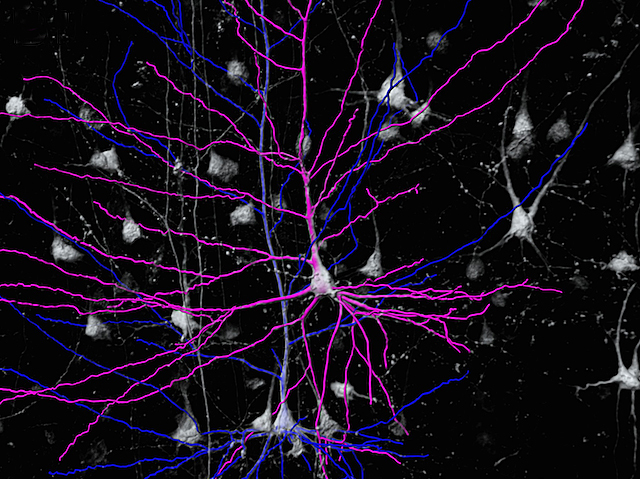 Some of the most significant biomedical breakthroughs – and 83% of Nobel Prize discoveries in physiology and medicine – have come from animal studies. While animal models have been invaluable to the advancement of modern medicine, it is still relatively unknown how well animal data translates to humans. Ideally, scientists would study how the brain works using human cells, but keeping human brain tissue viable outside the body over a long period of time is tricky. Scientists have now shown how this can be done by creating an environment that reflects the actual human brain as closely as possible. The team were able to preserve the complex properties and structures of human cells taken from spare brain tissue removed during surgery, like these two 3D reconstructed neurons (one blue, one purple). In future, studying human cells using this method will help make biomedical discoveries more transferable than animal studies ever could.