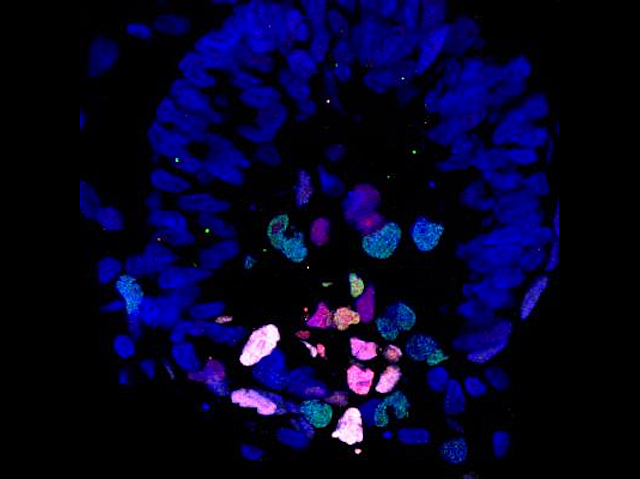 Over the past century, developmental biologists have learned a huge amount about the journey from a single cell to a fully-formed animal by studying model organisms such as frogs, fruit flies, worms and mice. Much less is known about the secrets of early development in our own species, or even in our closest primate relatives. Until recently it was only possible to study the first two weeks of human or primate development in the lab, as embryos can't survive any longer without being implanted into the womb. This means that scientists have missed out on studying the more complex processes of early development that happen after this point. Now a team of researchers have managed to extend this deadline even further, growing macaque embryos for up to twenty days in the lab (shown here with differentiating cells stained different colours), opening the ‘black box’ of early development and revealing intricate processes of life for the very first time.