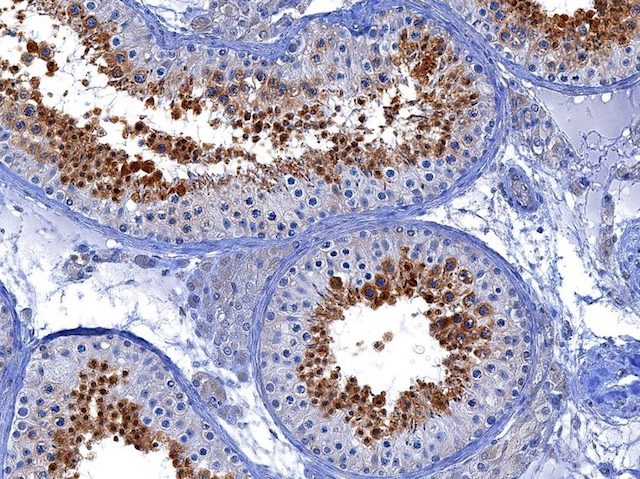 The mind-altering effects of marijuana – including its influence on mood, pain perception, memory and appetite – are well known. And the drug’s mechanism of action on brain cells has been the focus of intense study. Cannabinoids in the drug, including the compound THC, bind to receptor proteins on brain cells prompting their activation. The body’s own molecules that bind these receptors are called endocannabinoids, and much has been learnt about how these factors are produced, secreted, and degraded in the brain. One enzyme necessary for endocannabinoid degradation is pictured here stained brown. The image is not of brain cells, however. They are cells in the human testicle. It turns out the entire set of endocannabinoid system components is present in human sperm factories, suggesting not only that endocannabinoids have an important function in fertility, but also that men taking marijuana may be playing with more than just their minds.