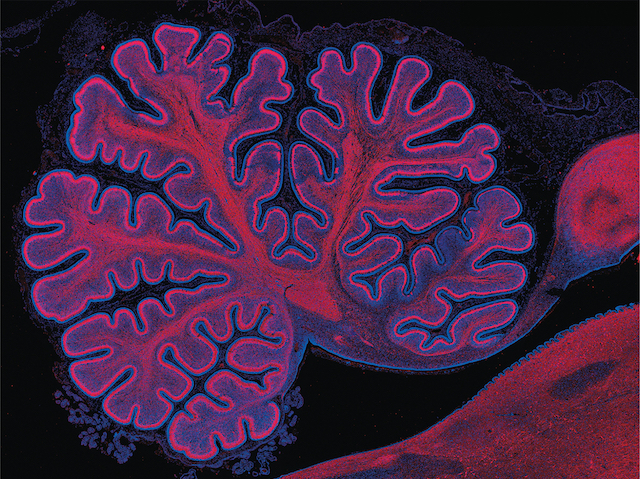 Uniqueness of the human cerebellum revealed

Despite appearances, we share fundamental similarities with animals around us. That’s why experiments on mice have yielded countless discoveries about our own biology. But is there a limit to how much we can learn from animals so visibly different? To investigate, researchers closely compared the development of the human cerebellum – part of the brain involved in processing sensory information (cross-section pictured) – with that of mice and macaques. They discovered that the human cerebellum has entirely unique characteristics, such as a group of developmental cells never seen in this region before, and the slower production of certain structures. This may reveal why past attempts to recreate certain human brain defects in mice have struggled, as they lack some of the machinery involved. A cautionary tale for those using animal models to draw conclusions about human health, and an important revelation of what we can, and cannot, learn from our evolutionary relations.