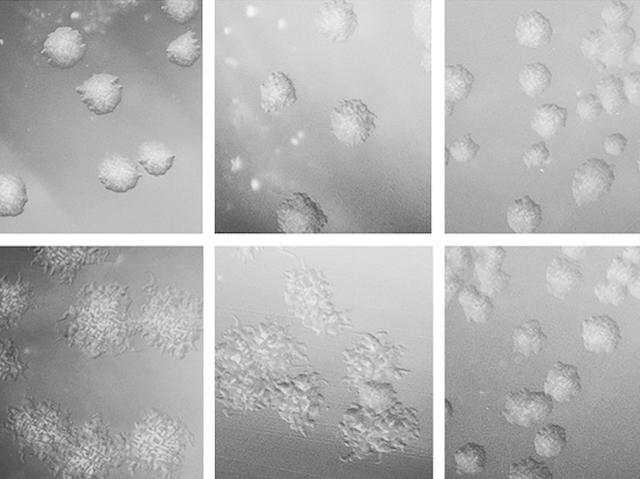 These pictures show colonies of C. difficile bacteria – an unpleasant bug that causes diarrhoea and can lead to more serious and potentially fatal infections. The colonies take on two different forms – smooth, round blobs or rough, spidery patches – and will switch between them. However, it’s not clear exactly what triggers this shape-shifting behaviour, or exactly how they do it. By taking a closer look at the different types, researchers have discovered that the bacteria in the smooth colonies are short cylinders that can swim through fluids but move slowly on flat surfaces, while those in the rough colonies become long tubes that move fast on surfaces but are poor swimmers. The bacteria also switch between types at different points during infection by turning certain genes on or off, suggesting that they are flipping forms in order to evade the immune system and spread infection to new places in the body.